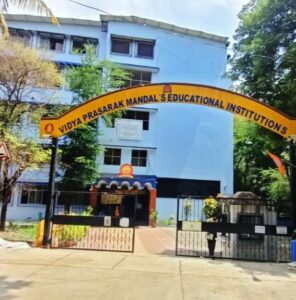 The Vidya Prasarak Mandal (Regd.) is an educational trust founded on 26th March 1960 by Kannada speaking linguistic minority who originally hailed from Karnataka to manage the existing Kannada Primary School founded in 1957. In 1962 it established a Kannada High School. Ten years later, an English Pre-Primary and Primary School came into existence which in 1976 grew as B.R. Tol English High School. In 1991 VPM’s growth tree had another institution with Jr. College coming into existence. The logic of growth continued with a Degree College of Arts, Science and Commerce coming into existence in 2003 which received Grade A in its First Cycle by NAAC.

VPM’s National Integration School which began to function from June 2005.

Justice B.N. Shrikrishna who has been VPM’s life member for a long time and then a senior judge, Supreme Court inaugurated the School formally on 28th June 2005. In view of the growing demand for ICSE the School now have one Board and in _______ we have renamed it to VPM’s Smt. Indira Arvinda Menon International School (ICSE). The School has now developed and completed its expansion Project with the building adding to more two floors.

The Schools of the VPM are known for academic excellence. Kannada High School is patronized by poorer sections of the society. Yet we had Ms Jyoti Ganagi securing 16th rank in the SSC examination in 2001 without going to any coaching class (She stood second in B.Com in Mumbai University in 2005) 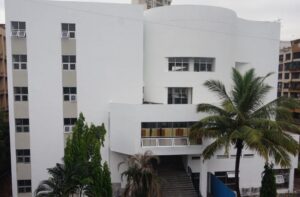 B.R. Tol’s English High School for the last 25 years has maintained a consistent record of 100% results. In 2000-01 we had 6 students in the merit list our school being in the II position in the Board among those who secured maximum number of rank holders. This is in the background of every year school gaining one to two students amongst the rank holders. Our Jr. College is attached to the School as such only those who fail to get admission in the degree college join it. Yet, in the last seven years, we had 98% results in Science and Commerce. Vidya Prasarak Mandal (Regd) is the second oldest educational trust founded by Kannadigas in Mumbai. It celebrated its Golden Jubilee of purposeful existence in 2007, year long celebration were inaugurated by then Governor of Maharashtra, Prof. S. M. Krishna, Former Judge of Supreme Court Justice B. N. Srikrishna presided. 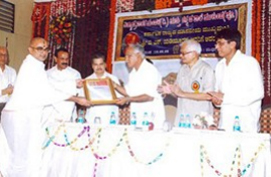 The Karnataka Government has given Rs.4.5 lakhs grants towards the School Building. The Maharashtra Government Rs. 1 lakh from the Chief Minister’s fund towards the construction of School Auditorium. We have also received a grant of Rs. 75,000/- towards the Auditorium from the Municipal Corporation of Greater Bombay. Dr Sudha Murthy of Infosys Foundation gave Rs 20 Lakhs. Karnataka Government in 2008 gave Rs 30 lakhs towards development of VPM’s National Integration School in Airoli and re-development of school building in Mulund East 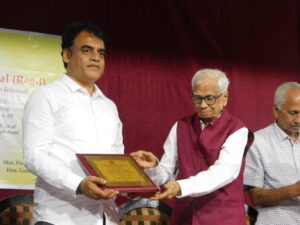 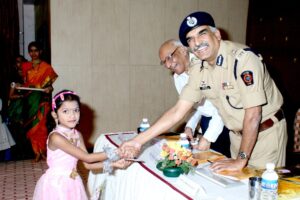